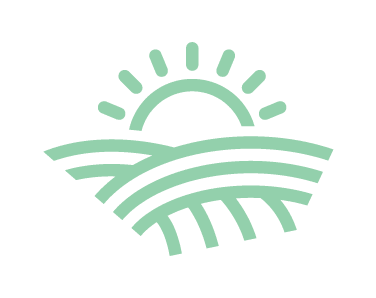 There has been a lot written about the Brightline rules over the last few years. There are a number of other situations in which land transactions are taxed. Below we set out these rules.

As you will see, the rules are relatively complex and we would always recommend seeking advice on your specific scenario.

The brightline test is intended to remove the subjective nature of debates around “intention”. As such, we normally start with this test now as if it applies, the other more complex and subjective provisions are overridden and become irrelevant.

The Brightline rule applies to residential land (land that has a dwelling on it or has an arrangement to have a dwelling erected on it but generally excludes one’s own home, land used predominately as a business premises or farmland). There are specific rules around the date of purchase (generally the date which the title register was updated with Landonline) and sale (generally the date the sale & purchase contract was entered into) which mean that the time period can be a shorter period than expected.

Land dealers and developers
This captures taxpayers or associated persons who are in the business of dealing in land or developing land at the time the land was purchased and the sale of the property is within 10 years period of purchase. For property sold outside 10 years, it is only captured if it is a business asset. There are some exemptions for dwelling houses and business premises.

With regard to the associated person aspect of these rules, if you’re connected to a land dealer or developer in some way the rules require careful consideration. Land purchased by those associated to land dealers and developers are easily caught by the same provisions.

Builders
This captures taxpayers or associated persons who are in the business of erecting buildings at the time that improvements were completed to the property being sold and the sale is within 10 years of the improvements being completed. For property sold outside 10 years, it is only captured if it is a business asset. There are some exemptions for dwelling houses and business premises.

The minor nature criteria is subjective and requires an overall assessment of costs in absolute and relative terms. IRD have provided some safe-harbour thresholds which they deem to be minor however at 5% of the pre-subdivision value of the property and $50k absolute costs, these are quite low and won’t often apply.

In essence, if the subdivision is within 10 years of purchase and the work has any complexity to it and/or costs more than 5% of the pre-subdivision value, advice should be sort.

Major subdivision outside 10 years of purchase
For taxpayers who carry out an undertaking or scheme for subdivision which is commenced after 10 years of the purchase date, the test moves to “major subdivision” rather than the work of more than a minor nature in the test above. This test requires significant expenditure in absolute and relative terms on things such as earthworks, roads/driveways, contouring, water supply etc. With IRDs threshold for minor being low, the threshold for major is perhaps not as major as we would like. There are also exemptions for economic farm lots and subdivisions for the purposes of rental, business or personal residence.

Rezoning and sales within 10 years
This only applies if none of the earlier provisions capture a taxpayer first. It captures taxpayers where land is subject to rezoning, district plan changes, RMA consents or there is a “likelihood” of these occurring in the future and the property is sold within 10 years of purchase and at least 20% of the profit arises from the rezoning factor. There are exemptions for personal residence and farm land, so long as the purchaser continues to use the property for the same purpose.

Summary
There are a number of situations in which the profits from the sale of land is taxed. If a taxpayer is a builder, developer, dealer or undertakes a subdivision advice should be taken. Taxpayers associated to any of the abovementioned categories should also take advice regarding property transactions.